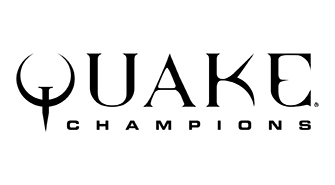 The Nexus Challenge has returned to Heroes of the Storm, bringing with it a multitude of new rewards for both HOTS and Overwatch, including the return of the much desired Oni Genji skin as well as the addition of the brand new Officer D.Va Legendary.

To unlock the rewards, all you need to do is play 5 games with a friend across each of the 4 weeks, unlocking different rewards each week. They are as follows:

Week 1 (NB: This is the only week where Co-Op vs. AI matches will count for rewards!)

Play 5 HOTS games with a friend in Co-Op vs. AI, Quick Match, Unranked or Ranked

For more information, refer to this video

This thread will also serve as an LFG thread for the event — for the purpose of cleanup, all LFG posts for the Nexus Challenge will be redirected here. Have fun!

I’ve been seeing a lot of back and forth on both AMD and Nvidia subreddits about reviewers lying about results, omitting specific tests, 3DMark not properly implementing DX12. and on and on…

As for me, I like numbers and graphs. I’d say numbers don’t lie…but that would be a lie in itself, so I’ve done my best to come up with a representation of neutral benchmarks that can be agreed upon as unbiased by both sides.

I used benchmark results from Guru3D, and then normalized them, interpreting results as a % of a specific card’s performance, as opposed to using the raw FPS numbers, which can throw off the average by overly favoring games with high framerates. I used the RX 480 as the benchmark 1080p card, and the GTX 1080 as the benchmark for 1440p and 4K resolutions.

I then grabbed the lowest price for each card that I could find on Newegg (not using Open Box prices, of course) to get a number for performance per dollar (NOT FPS/$, since I’m using normalized data).

The result is, I hope, a fairly unbiased report on the performance delta between cards, averaged over many games, as well as a report on which cards will deliver the biggest bang for your buck. Additionally, I included two graphs which ONLY factor in DX12 games, since some would argue that these will matter more in the coming years. Keep in mind, though, that there are only 4 DX12 games in the benchmarks, so this isn’t what I would call a suitable sample size yet.