From Feedly: Inside Demon’s Souls Remake on PS5: The Bluepoint Technology Breakdown

Inside Demon’s Souls Remake on PS5: The Bluepoint Technology Breakdown

Demon’s Souls Remake is coming to PlayStation 5 and it’s looking stunning. In this special Digital Foundry presentation, Bluepoint Games talks tech with John Linneman. Find out how the studio brought the game to PlayStation 5, how two engines work together as one, and what PS5 hardware features are used, how quality and performance modes work – and so, so much more.

From Feedly: The First Review For Hyrule Warriors: Age Of Calamity Is Now In

The First Review For Hyrule Warriors: Age Of Calamity Is Now In

The very first review of Hyrule Warriors: Age of Calamity has now been published by Japanese publication, Famitsu. The review arrives just over a week ahead of the game’s official release.

Famitsu’s scoring system has four different reviewers rate the game out of ten; in this case, the magazine’s reviewers each awarded the game a 9/10, resulting in a final score of 36/40 (thanks, Gematsu).

As highlighted by VGC, the 36/40 score means that Age of Calamity has received Famitsu’s joint second-highest score for any Switch game so far this year. Animal Crossing: New Horizons scored higher, while several other titles including Paper Mario: The Origami King and Xenoblade Chronicles: Definitive Edition also earned 36/40.

VGC reports that Famitsu’s review praised ‚the variety of attack styles attributed to each character,‘ noting that the game features a ’strong blend‘ of elements from Zelda: Breath of the Wild and the Dynasty Warriors franchise.

We’ll have our very own review of the game for you a little nearer to the game’s release. Hyrule Warriors: Age of Calamity launches exclusively on Switch on 20th November.

From Feedly: YouTube Premium subscribers can now get a free Google Stadia bundle 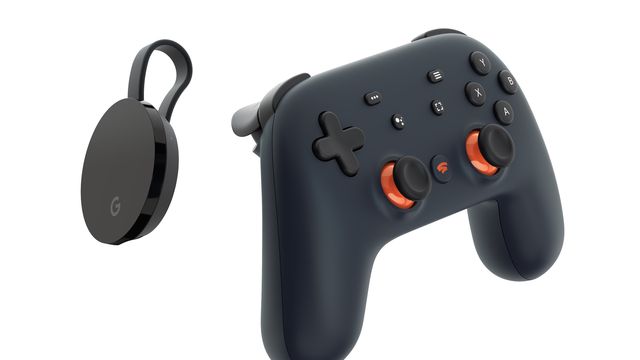 At least you get a free Chromecast

Google is trying out a new way to get the Google Stadia cloud gaming platform into more homes … by literally giving it away. Google is now giving free Stadia bundles to anyone who is subscribed to YouTube Premium.

YouTube Premium subscribers can now get a free Stadia Premiere Edition bundle, which normally costs $99.99. The bundle includes a Stadia controller, and also a Chromecast Ultra, which players can connect to their TV to play Stadia games there. Unfortunately, the bundle doesn’t come with a Stadia Pro subscription, which costs $9.99 a month, although new customers can get a 10-day free trial.

A YouTube Premium subscription costs $11.99 a month, but if you wanted to jump on board now in hopes of getting this Stadia bundle, it seems that won’t work. According to a screenshot from Twitter user RandomNoobYT, it looks like the deal only works if you were a subscriber before Nov. 6, which makes this a bonus only enjoyed by those who were already committed to YouTube Premium. This also means that you can’t just start up the YouTube Premium free trial and score yourself the Stadia deal.

Even if you don’t want this Stadia bundle, or don’t plan on keeping the service after the trial, you can still get the free Chromecast out of the deal, so it’s probably still worth redeeming if you’re eligible.

Nintendo’s official website may have accidentally leaked an upcoming Metroid title for the Nintendo Switch.

As spotted by YouTube user PapaGenos, an image displaying what appears to be a Metroid game being played on a Switch console has been uploaded to Nintendo’s site. It can be found on a product listing page for the ‚Super Metroid Skin & Screen Protector Set‘.

As PapaGenos explains, the image appears to show Metroid: Samus Returns, a reimagining of Metroid II: Return Of Samus which launched on 3DS back in 2017. This isn’t a simple copy and paste job, however, as the scene on display appears to have been recreated to fit on the Switch’s larger, differently-proportioned screen, indicating that a new Switch port may well exist

Earlier this year, Nintendo accidentally leaked Kirby Fighters 2 on its website ahead of any official announcement. While you wouldn’t usually expect Nintendo to leak its own games, perhaps this is yet another oversight?

Of course, it’s worth noting that the image could well be an edit created purely to sell this new skin and screen protector product, and until Nintendo officially confirms the existence of any other Metoid games on Switch, we should all keep any hopes we might have in check.

After all, at least we have Metroid Prime 4 on the way. At some point… 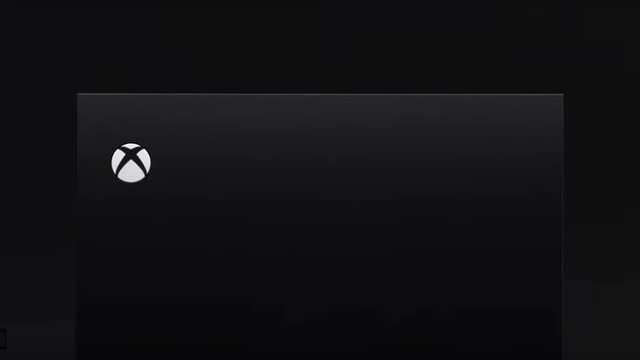 Join John Linneman and Audi Sorlie for some DF Retro Let’s Play action, as the pair tackle Sonic Robo Blast 2 – a fan-made 3D Sonic game powered by the Doom engine. It sounds like a mish-mash that shouldn’t work, but the reality is that it’s one of the best 3D Sonic games you can play.

From Feedly: Now Available on Steam – Risk of Rain 2

Risk of Rain 2 is Now Available on Steam!

Escape a chaotic alien planet by fighting through hordes of frenzied monsters – with your friends, or on your own. Combine loot in surprising ways and master each character until you become the havoc you feared upon your first crash landing.

Remember when a super rare sticker sealed copy of Super Mario Bros. on NES sold for $100,150 USD last February? Well, another copy of the exact same game (in a similar condition) has now broken this record – going for the sum of $114,000 USD (this roughly equates to £90,000). That makes this particular copy the most expensive video game ever sold.

Why exactly did this US retail version go for more, you ask? Apart from its sealed state and 9.4 out of 10 grade, it’s all to do with the cardboard hangtabs. Heritage Auctions explains the appeal and history of these variants underneath the listing:

What’s the deal with cardboard hangtabs? one may, understandably, wonder.

Cardboard hangtabs were originally used on the US test market copies of black box games, back before plastic was used to seal each game. As Nintendo began to further establish their company in the US, their packaging was updated almost continuously. Strangely, the addition of the plastic wrap came before the box cutting die was altered to remove the cardboard hangtab. This rendered the functionality of the cardboard hangtab completely useless, since it was under the plastic seal.

There are four sub-variants of the plastic sealed cardboard hangtab box (this particular copy of Super Mario Bros. being the „3 Code“ variant) that were produced within the span of one year. Each sub-variant of the cardboard hangtab black box, produced within that timeframe, had a production period of just a few months; a drop in the bucket compared to the title’s overall production run.

In short, a cardboard hangtab copy of any early Nintendo Entertainment System game brings a certain air of „vintage“ unrivaled by its successors.

Part of the interest is also the fact it’s a copy of Super Mario Bros. – an iconic game from 1985 that’s sold more than 40 million copies worldwide and happens to be the highest-selling NES game of all time. The winner of this latest auction wishes to remain anonymous – fingers crossed it’s going to a collector’s home.

If you’d like to revisit the original Super Mario Bros. release, but don’t fancy forking out 100k or don’t have access to an original copy of the game, the good news it’s playable on Nintendo’s Switch Online subscription service.

This website uses cookies to improve your experience while you navigate through the website. Out of these, the cookies that are categorized as necessary are stored on your browser as they are essential for the working of basic functionalities of the website. We also use third-party cookies that help us analyze and understand how you use this website. These cookies will be stored in your browser only with your consent. You also have the option to opt-out of these cookies. But opting out of some of these cookies may affect your browsing experience.
Necessary immer aktiv

Any cookies that may not be particularly necessary for the website to function and is used specifically to collect user personal data via analytics, ads, other embedded contents are termed as non-necessary cookies. It is mandatory to procure user consent prior to running these cookies on your website.